At a customer's request, I made up some red and white checkerboard spice jar decals and listed them at SweetGalDecals. I think I'll start mentioning it here when I list something new, just to get some incoming links. Traffic has been extremely slow over there lately.
Posted by Maria Stahl at 3:30 PM 1 comment: Links to this post

The mail is here.
On the Pro side, Lil Miss A's report card and ITBS scores came, and they were pretty phenomenal. The kid may well be the sharpest knife in the Stahl drawer. Good thing we didn't stop having kids before we had her.
On the Con side,
Posted by Maria Stahl at 1:51 PM 1 comment: Links to this post

Labels: children, how expensive everything is unlike when I was a kid and walked to school barefoot in the snow uphill both ways and I LIKED it and I APPRECIATED it unlike you kids these days 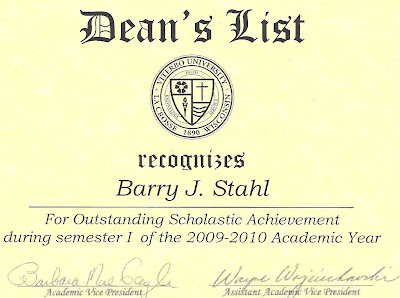 Posted by Maria Stahl at 4:04 PM 2 comments: Links to this post

Posted by Maria Stahl at 4:02 PM No comments: Links to this post This Saturday's apron is just a pattern. But oh, what a pattern. I bought it on eBay at a very tiny price. So it was a tiny splurge. I'm really looking forward to the chance to sew it up pretty.

Dig the seamed stockings. We all dress like that to do housework. Right? 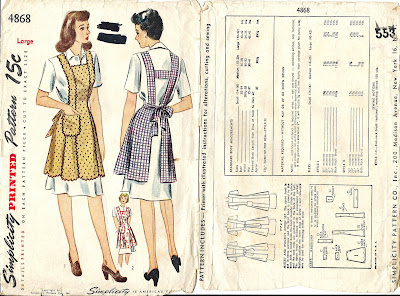 Posted by Maria Stahl at 10:39 AM 6 comments: Links to this post

Found this fabric at Stitchin' Heaven. No mill name is given. It's sure cute.
Posted by Maria Stahl at 6:13 AM 2 comments: Links to this post

A comment on the CNN story about an earthquake near Chicago this morning:

Guest
I think the lord is taking a nap... To whomever he left in charge; check the instructions manual: Earthquakes-California, Blizzards-Midwest, Hurricanes-Carribean, Politicians-DC... Please don't smite me, just trying to keep you out of trouble with the Big Guy.
link to original story
Posted by Maria Stahl at 7:23 AM No comments: Links to this post

My house is soooooo dirty.

I need a maid.
Posted by Maria Stahl at 9:06 PM 2 comments: Links to this post

The end of a pretty nice weekend 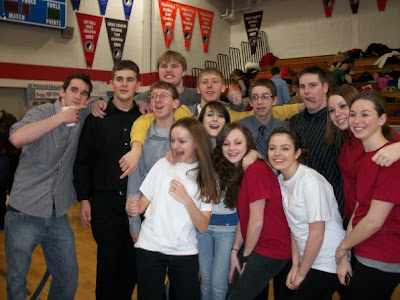 photo courtesy Ricki Lee G.
It's 10:00-something on a Sunday evening, the end of a very good weekend. Britta was home, and yesterday we girls went to Decorah to watch the Kee High speech team perform at the state competition (which is really the regional competition if you ask me, as there are 4 of them in Iowa). It was great fun, as usual, but we were very disappointed in K's improv team's score. Not their performance, as it was wonderful, but their rating was not high enough to advance them to the All-State Festival in Ames. We are still waiting to hear the scoring on the Choral Reading performance in which K also took part.
After church this morning, we got to go eat a lovely Thanksgiving-esque turkey dinner at our friends the Fruechtes' home. I brought pies.
And this evening I drove Britta back up to Viterbo in light snow. On the way back, just after I turned onto the 26 south of La Crescent, a strange thing happened. The snow came down very heavy and fast for maybe 5 miles, and there was no traffic but me. The road was completely covered, so I could not see any of the painted lane markers on the highway. Normally when you're driving in snow, there are at least other people's tracks to follow, but not this evening. Plus I was listening to Simply Folk on Wisconsin Public Radio. Suddenly it seemed like the car was just floating in this sea of fluffy white critters. The inside of the car was warm, there was Irish music playing on the radio, and there I was gliding on this white, trackless, smooth expanse of nothingness. Hard to describe, but rather special. By the time I got to Brownsville, the snow had cleared and I could see the road markings again, and the effect was over, but for that 5 miles, I felt like I'd been lifted away from my usual life. It was like being underwater, or something. Weird, and kinda neat.
I just finished a 2-week pay period which may have been the best single pay period since I started working for Webmedx. I'm tired, but triumphant.
Posted by Maria Stahl at 10:04 PM 3 comments: Links to this post

Here in the Midwest there are two kinds of coleslaw. Love 'em or hate 'em, those are your choices. One is the typical creamy type like you get at Kentucky Fried Chicken. The other is what we all call Oriental slaw. There are variations, but the one I use originally came from my sister-in-law Vania. I made a few changes.

Midwest Oriental Slaw
1/2 head cabbage, shredded
4 green onions, chopped
1 package individual-serve Ramen noodle soup mix
3 tablespoons toasted sesame seeds
1/2 cup olive oil
3 tablespoons red wine vinegar
3 tablespoons white sugar
Mix the cabbage and onions in a bowl. Remove the noodles from the package of Ramen and break up the block of noodles into small pieces and toss with the cabbage mixture. Then mix in the toasted sesame seeds.
In another bowl or, better yet, in a small jar you can close tightly and shake, mix the oil, vinegar and sugar plus the seasonings from the package of Ramen noodles. Stir or shake to mix, then pour over slaw and mix to coat.

Note that this recipe is not great on leftovers, as the noodles get soggy, so if you don't think you're likely to eat it all at once, try making it half at a time, reserving the second half as 3 mixtures - cabbage/onions, noodles/seeds, and dressing, for combining just before serving.
Posted by Maria Stahl at 7:31 AM 2 comments: Links to this post

I had to run to Lansing at about 3:30 yesterday afternoon to pick up K. It has been snowing wet and sloppy snow all day. In a bare tree where the highway crosses the Upper Iowa River were two bald eagles. I didn't have my camera. I need to start carrying it with me! Anyway, on the way back home, one was still there, but the other had flown. The one that was left was all puffed up and miserable looking from the wet. In fact, he looked like a giant Jack-Jack when Jack-Jack is cold and miserable. It was pretty funny, because bald eagles are HUGE.
I raced home for my camera but he was gone by the time I returned.
So here are a couple other pictures. 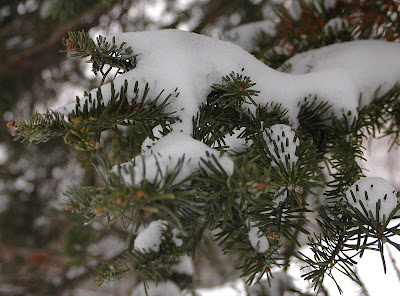 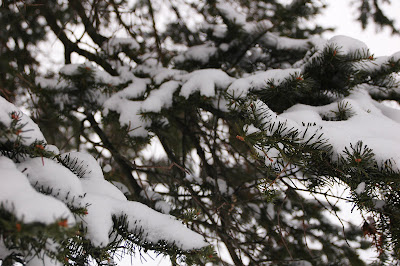 Posted by Maria Stahl at 7:22 AM No comments: Links to this post

That stupid Tracfone of mine...

I had to charge the battery today.
Stupid, stupid, stupid! I just charged it on... January 20. Wednesday. So it lasted a measly 12 days this time.
They just don't make stuff like they used to, do they?
Posted by Maria Stahl at 6:07 PM No comments: Links to this post